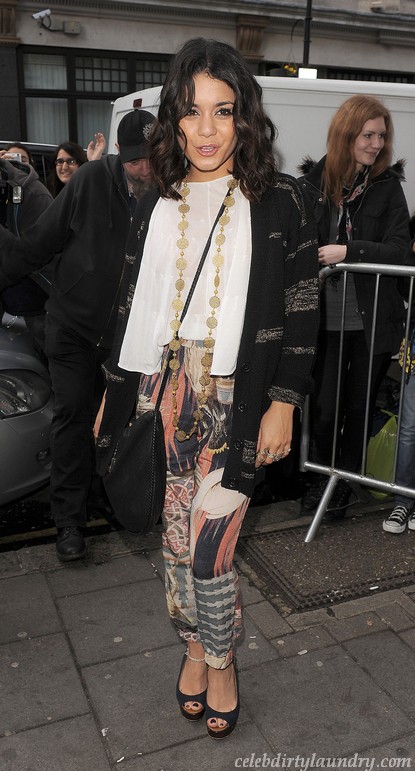 In a new interview, former High School Musical star Vanessa Hudgens discusses her relationship with ex-boyfriend, Zac Efron and those pesky nude photos that seem to keep popping up on the internet.

Of dating Zac, she said, “It was interesting. But we got to a point where it was just like, we just can’t pay attention, because one week we’d be married and then the next week we’d be broken up and the next week I would have a baby. It was just the most obscene things.”

On top of all of that, there were the nude pictures on the internet, which were obviously embarrassing for her. She said, “It’s just silly because I’m a very present person, and that’s the thing that has been so in the past. The fact that somebody keeps bringing up the past is just selfish. I mean, it sucks. I already released a statement the first time it happened. It’s just unfortunate that it keeps reminding people about the past and not the present.”