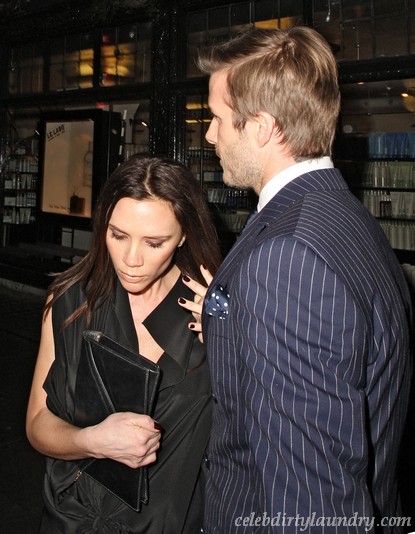 Well, it’s official. David Beckham announced recently that he and his wife, Victoria Beckham, are expecting a baby girl!

The news folk over at the UK Guardian report that David feels “. . . very lucky to be expecting again.” While at a Los Angeles Galaxy (Beckham’s soccer team) gathering, David accidentally leaked the big news. Woopsy. Let’s hope he doesn’t get in too much trouble for spilling the beans.

The new kicking (pun intended) little Beckham is due sometime in July and will join a houseful of boys. The superstar couple has three sons.