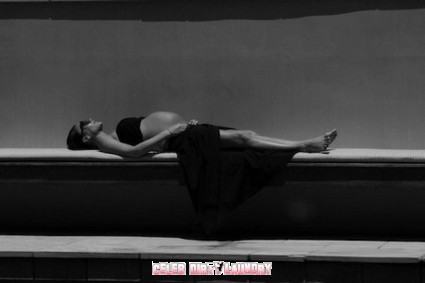 Former Spice Girls star Victoria Beckham gave birth to a healthy baby girl in Los Angeles on Sunday morning.   Many people thought the baby would be born July 4th after David Beckham  hinted his daughter would be born that day.    David said: “‘We got married on the Fourth of July, 12 years ago, Monday, so it’s a special day for us, it always has been and always will be.” People put two and two together and came up with the rumor.

So their healthy daughter baby Posh was birth today July 10th, 2011 and weighed in at 7lbs 10ozs.  This is the first daughter for the couple who have three boys Brooklyn, 12, Romeo, eight, and Cruz, six.

A spokesman for the couple confirmed: “David and Victoria Beckham are delighted to announce the birth of their daughter.”

Meanwhile David attended the Bafta party thrown for visiting royals the Duke & Duchess of Cambridge alone and apologized to the Royals because Victoria could not attend.  The Royal couple said: “Don’t be silly, send her all our love and tell her good luck with it all.”

A big Celeb Dirty Laundry congrats to Victoria and David on the birth of their new daughter!