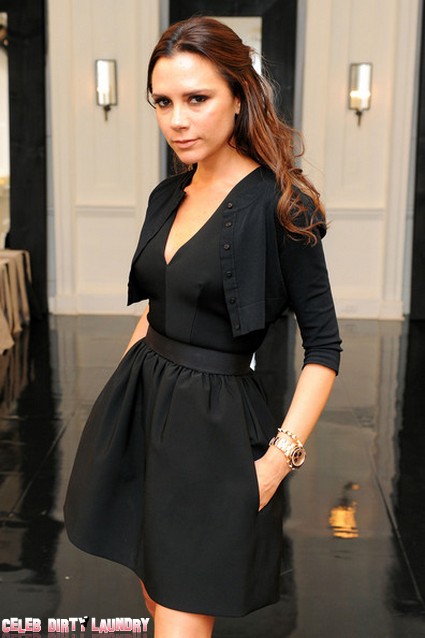 Victoria Beckham may have four beautiful children but multiple pregnancies have left their mark on her body. We’re not talking stretch marks or a saggy stomach. The main problem is the former Spice Girl’s boobs aren’t what they used to be. So what is she going to do? See a doctor and get them fixed according to Now Magazine.

Now that she’s stopped breastfeeding five month old Harper Beckham she wants her body back in killer shape. The budding fashion designer reckons her boobs aren’t as pert as they used to be. So surgery could be on the cards early in the new year. I wonder what husband David Beckham thinks about that? Didn’t he recently say he couldn’t see cosmetic surgery in the pair’s future?

The 37 year old is no stranger to going under the knife. She’s reportedly had numerous operations on her bust. The first was over ten years ago. She went from a B cup to a DD. It was pretty obvious to everyone that Posh was more ‘top heavy’ than she used to be. Although she didn’t admit to the work until much later. Seven years on the implants were gone.  Victoria decided she liked the more natural look.

Boob jobs aren’t the only surgery the one time singer has allegedly sought in her quest to be one of the beautiful people. Stories abound that Mrs B had a nose job in the early days of her musical career. Check out some early pictures of the then Victoria Adams and see what you reckon.