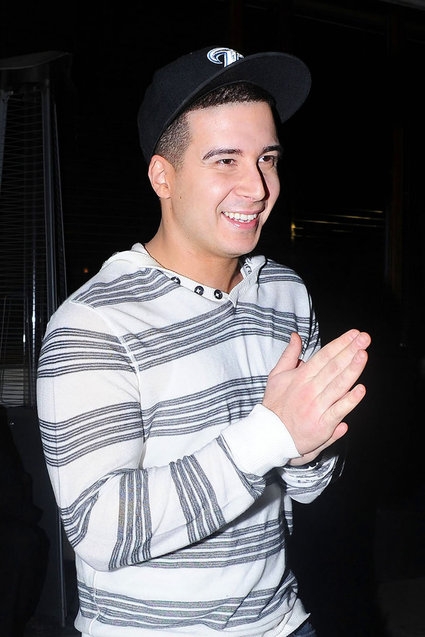 It looks like the “V” in “MVP” might be gone for good. Jersey Shore star Vinny Guadagnino has reportedly left the shore house and has no plans of returning. The guido is reportedly “homesick” and “burned out”.

“Viewers can be assured they will have answers when season five premieres,” said a rep from MTV.

It’s also been rumored that it was a fight between Guadagnino and another castmate that led to his departure. But an insider close to the cast explained otherwise.

“There was no fight, he doesn’t really fight with anyone. He had just seen his family and he got really homesick and packed his stuff up to go home. He actually was on his way home when he was intercepted by production, who convinced him to come back for a little bit longer.”

Vinny has explained on the show that he’s a big family guy, so it makes sense why it would be difficult to be away for so long. The cast began shooting its fifth season just a few days after wrapping season four in Italy.

“They didn’t tell them they were going to be gone that long,” the source continued. “They think bringing their family in is going to be helpful but all it does is make them even more homesick. He’s a good kid and really family oriented, so it’s really hard for him.”