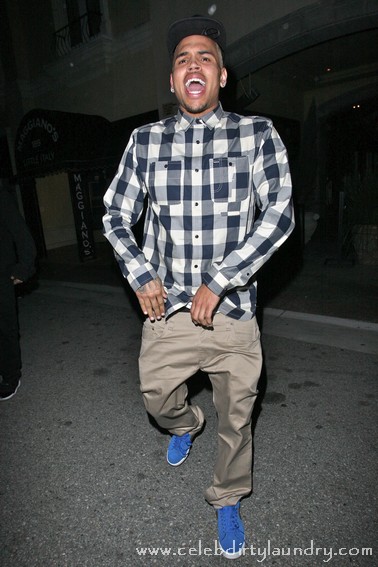 Back in May 2009, after nude Rihanna pics leaked onto the web, the hit singer believed her ex Chris Brown had something to do with it.   She in turn threatened to release her own naked pics of the R&B singer as revenge.   Two years later, another ex isn’t afraid to share the goods.

The video is NSFW full frontal nudity and we cannot post them on Celeb Dirty Laundry – but if you wanna get a glimpse of Chris Brown’s peeny go HERE – I warn you it is scary!

According to World Star Hip Hop Brown’s ex decided to drop some steamy bathroom pics of the 22-year-old that had been sent to her via “sext”. The website questions whether or not this new exposure is related to the upcoming release of his new album  F.A.M.E. that will be available on Itunes March 22nd.

(Original picture was removed at request of Chris Brown)