Want to Have A Part In Breaking Dawn With Robert Pattinson & Kristen Stewart? 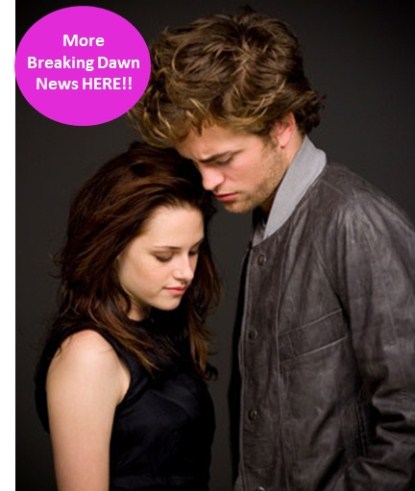 Have you ever wanted to be an actress or actor?  Are you a Twi-hard?  Well I have good news you have an opportunity to be in The Twilight Saga: Breaking Dawn with Robert Pattinson and Kristen Stewart!   Okay don’t get exited WAIT….. there is a catch – you have to be a resident of British Columbia, Canada.   As just about everyone on the planet is aware of the cast has landed in Vancouver and is getting ready to film scenes for the last two instalments of Breaking Dawn.

Andrea Brown, who is in charge of casting extras in Breaking Dawn, who reveals how you can be in the movie:

“British Columbia has a huge network of actors and this is a great opportunity for anyone who is a local,  I get letters and emails from people begging to be in the movie, who say they will fly from wherever they live. But there’s nothing I can do.” Union rules require extras to be local residents.”

Most of the cast has been hired but there is always a change ‘Never say Never’  To apply go HERE  The gig pays really decent too but I am sure twi-hards would pay them to get near Robert and Kirsten.