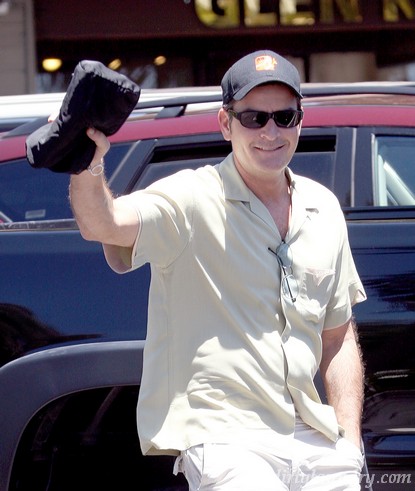 Warner Brothers has issued a statement firing Charlie Sheen from Two And A Half Men!

Now that he has let loose the ball of crazy, the head honchos in charge of the show have fired Charlie. Are we going to act like this is a complete shock???

They issued a statement, saying, “After careful consideration, Warner Bros. Television has terminated Charlie Sheen’s services on ‘Two and a Half Men,’ effective immediately.”

Right afterward, TMZ spoke to the “winning warlock”, who said, “This is very good news. They continue to be in breach, like so many whales. It is a big day of gladness at the Sober Valley Lodge because now I can take all of the bazillions, never have to look at whatshiscock again and I never have to put on those silly shirts for as long as this warlock exists in the terrestrial dimension.”

I bet he’s going to sue for breach of contract and anything else he can think of. So this just paves the way for Charlie to do his own show on HDNet for Mark Cuban! Are you going to be tuning in???