Was Chris Brown’s Tantrum A Publicity Stunt Done In Collusion With ABC? 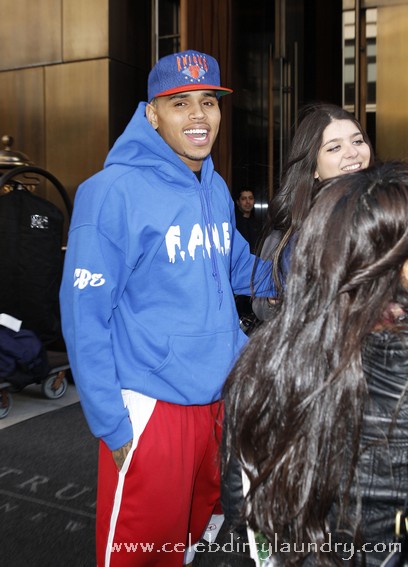 Is Chris Brown stealing from the Kayne West playbook on how to make sure your morning-show appearance gets prime-time coverage.  That’s plausible enough, but why not go all the way to a situation where Brown and ABC join forces to drive viewers to GMA and DWTS, and record buyers (should there be any of those around anymore) to Chris’ new album.

Media and P.R. guru Peter Shankman, who has staged publicity stunts for his clients, says anything is possible.  “If he’d just gone on and said life is fine, [the story’s over],” Shankman says of Brown. “Now it has a life until next week.”   That would be next week when the singer is scheduled to perform on DWTS.  As we suspect you’ve heard by now.

Anyway you see it this whole mess sure looks like a publicity stunt planned with the collusion of Brown and ABC?