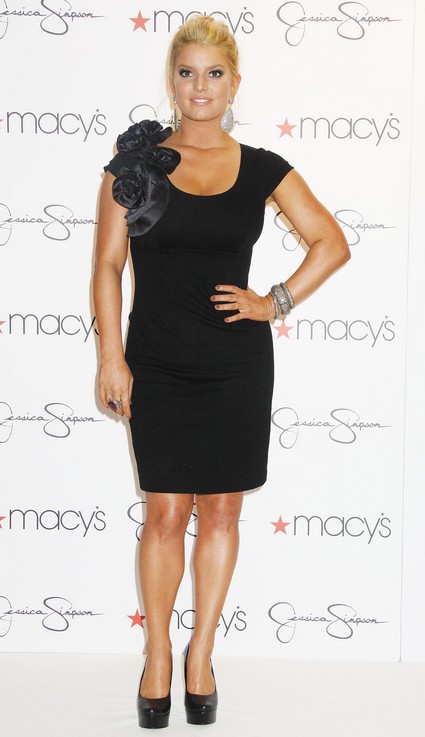 Jessica Simpson is so tense over preparations for her wedding that she doing a black widow spider routine on fiance Eric Johnson – that is she is biting his head off!

Eric can handle pressure since he is a former NFL star but his quirky ways and getting to Jessica. According to an inside source if Eric starts asking too many questions “Jessica bites his head off.”

“She’s also argued with him about his desire to serve only vegan food, including a vegan wedding cake.”

Jessica should learn from Kim Kardashian – she had no problems – she just told Kris what to do and he obeyed.  The situation is getting so bad that Jessica is considering calling off the big wedding plans and just flying away with Eric.  She told a pal that if she doesn’t act fast, the tension could cause her to scrap their engagement altogether, say sources.

All the pressure to have a big celebrity wedding is pushing Jessica toward an emotional breakdown before her planned Nov. 11 walk down the aisle, warn insiders.

“Jessica can’t even make the simplest decisions like what perfume she’ll wear because she is terrified of being scrutinized,” said the friend.

“Eric is doing his best to calm her, but she’s such a mess he’s considering bowing to her wishes and eloping to save their relationship.”