Weston Cage Banned ‘For Life’ From UFC By Dana White 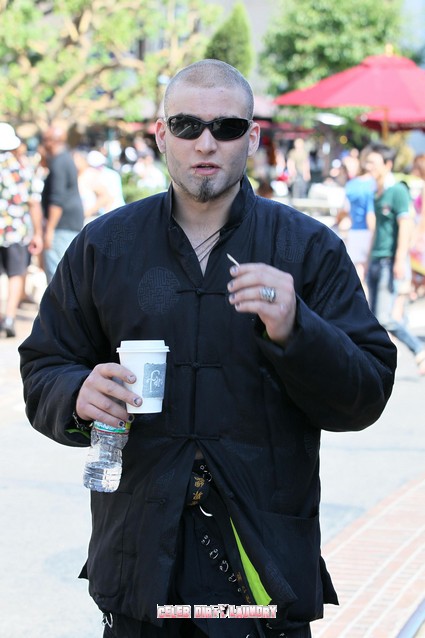 Poor Weston Cage has been banned for life from the top MMA business and he has never even stepped into the Octagon!  UFC owner and boss Dana White just issued a lifetime ban on Nicolas Cage‘s son Weston saying, “I would never allow Weston Cage to set foot in a UFC ring after two domestic violence arrests.”

Law enforcement sources say Weston was arrested at 5AM Wednesday in Hollywood and then taken to a nearby hospital to be treated for cuts – cops believe the injuries were self-inflicted.

Its the second time in one month that Weston’s been arrested for domestic violence and according to the L.A. County Sheriff’s website, Weston is still in custody on $50,000 bail.

Weston previously said his dream would be to face off against Kimbo Slice in the Octagon … but according to Dana, that will never happen.

The irony here is that the UFC is full of fighters who have been arrested and yet compete with the blessing of Dana White – Tito Ortiz (arrested for domestic violence) and Quinton ‘Rampage’ Jackson are just two high profile examples.