What Did Daniel Radcliffe Take From The Harry Potter Sets? 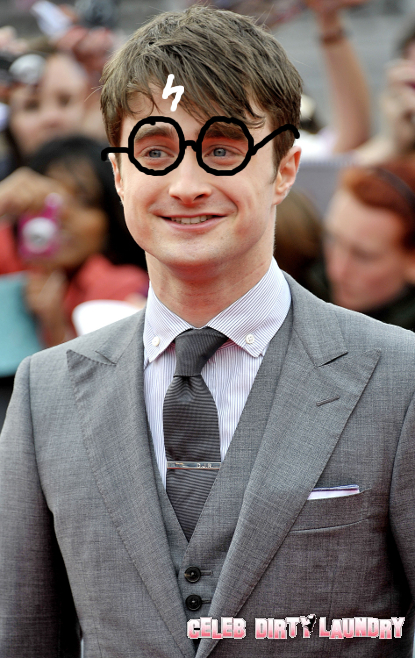 Daniel Radcliffe admits that he took some props away from the Harry Potter sets — for sentimental reasons. The HP actor said he snatched two pairs of those iconic Harry Potter spectacles, one used in the first film, the other used in the most recent one. All we can say is that we hoped you used protection, Daniel — your invisibility cloak, of course.

“Yes, I have two pairs. I have one pair from the very first film and one from the last,” Daniel told Alex Zane, who hosted some of the official HP Deathly Hallows Pt. 2 premiere web stream event, which was held in Trafalgar Square, London, on Thursday. “So I’ve got my fair share of swag.”

And you know what, Mr. Potter? You deserve those glasses. If you all watched the super emotional LIVE premiere web stream event yesterday, Radcliffe said that he was “so incredibly lucky to have been chosen for this role.” When it was Emma Watson’s turn to speak she said “No, you weren’t lucky, Daniel. I think we can all agree when I say that you were and are the PERFECT Harry.” Aww, isn’t that sweet? But I think we can all agree with Hermione’s statement.

Therefore, I also think we can support Mr. Radcliffe’s trivial acts of thievery . . . If you had an invisibility cloak and could get away with swiping any prop from the HP set, what would you borrow forever?