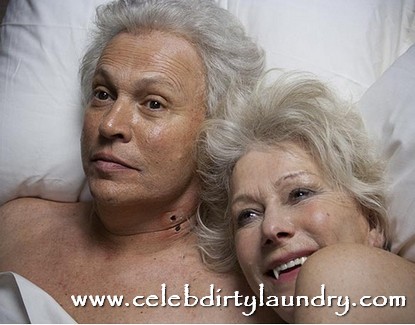 Oh, how I love anything to do with Vampires – especially when the hilarious Billy Crystal is involved!  In a new video on Will Ferrell’s FunnyOrDie. com, Crystal and the always enchanting Helen Mirren team up with Crystal’s filmmaker daughter Lindsay to shoot the spoof ‘sequel’ of the classic Rob Reiner film, ‘When Harry Met Sally’.

How is it possible to make a sequel you ask?  Well, you simply kill off Meg Ryan’s character Sally, and put Harry in a senior’s home where he meets Sharon, played by Mirren.  Pretty simple right?  Not if Sharon is a Vampire!  Helen wonderfully recreates Meg Ryan’s famous orgasm scene from the iconic original – even Meg would approve, while Billy’s portrayal of an older Harry is spot on.  The two lovebirds go on a killing spree, sucking the life out of fellow retired pensioners, desperately holding back their thirst for blood at family functions…. I hate when that happens. I think it goes without saying that Crystal is and will always be a comedic genius, and Helen – well did you see the movie Red?  Enough said.

Hilarious and fun, the video also has cameos from Adam Scott, Maya Rudolph and Mike Tyson, making this a must-see.  The spoof ends with a preview of a potential sequel – Grombies: When Harry Ate Sharon…Need I say more?

Check it out for yourself – ridiculously amazing right?