Which Kardashian Will Win The Baby Race: Kim & Khloe Both Desperate 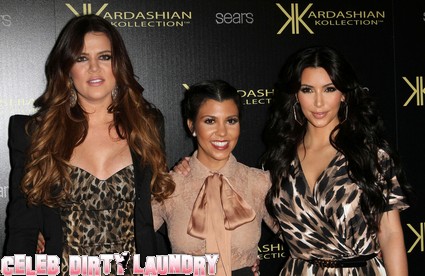 We all know what Kim Kardashian, 30, is like, she has to be the main one in the public eye.  She tolerates her other sisters as long as they are in her shadow.  So it is no surprise that now that she has married Kris Humphries she is stepping up the race to have a baby before sister Khloe Kardashian, 27.

Rumor has it that Kim and Kris started trying for a baby on their mini Honeymoon in Italy.  A source said: ‘It’s now a playful competition between the girls to see who can get pregnant first.  Kim and Kris will be having plenty of fun doing it!’

After all the money Kim made from getting married she wants another source of income and what better than a new Karadshian princess to pimp out.

Meanwhile sister Khloe who has been married to Lamar Odom, 31, for two years now have been trying to have a baby with no success.  So who will win the baby race?  My guess is Kim!  What do you think?  Sound out in the comments below.