Whoooaaa!! Criticism For The Hunger Games?? 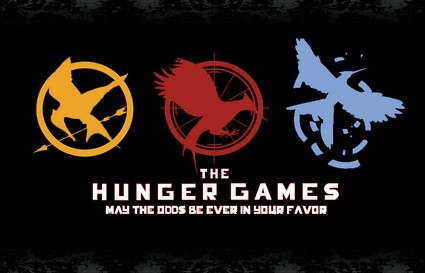 The movie is still several months from its release but already it’s being criticized.  Don’t worry, it has nothing to do with the movie itself, it’s being blasted by The American Federation of Musicians (AFM) for having the score recorded outside of the U.S.  Yep, that’s the truth of it.

The union has protested in a formal youtube video posted by president Raymond M. Hair Jr that Lionsgate shouldn’t have recorded the score in London, and should have stayed within the U.S.

“The movie takes place in the future, in Appalachia. But for the Americana, Appalachian-style music the movie needs, Lionsgate is going to Europe, so that the company can escape having to provide health care and pension contributions, fair wages, and royalty payments, benefits that everyone else working on ‘The Hunger Games’ will most certainly receive.”

“The new AFM administration is committed to reaching out the publicizing the advantages of hiring AFM musicians and exposing the immoral, unethical and unjust practice of looking to professional musicians to fatten the wallets of entertainment industry executives, Lionsgate can afford to do the right thing for musicians. They do it for everyone else.” ??Hair said that “Hunger Games” was shot in North Carolina on tax subsidies. “It’s not right for a $20 billion company like Lionsgate to go to Europe on taxpayer dollars and deprive the finest musicians in the world, AFM musicians, of a decent living, it’s an American movie, with American actors, and American crews, with a soundtrack that’s uniquely American, going to Europe to record the music. It’s just plain wrong.” ?

Well there you have it, tell us how you really feel.