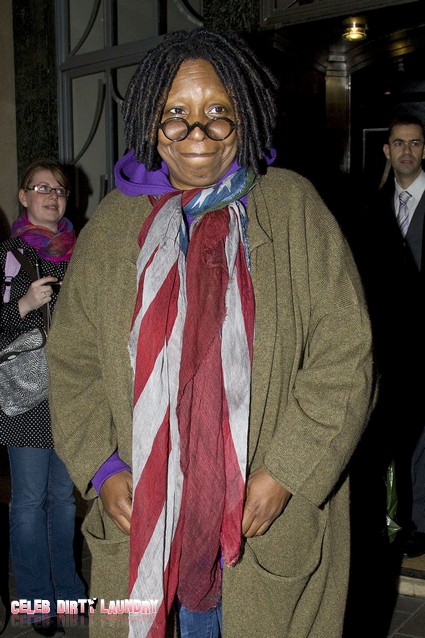 We are apologize, dear audience, but we don’t make up the news, we just report it… and on Friday Whoopi Goldberg farted loudly on ‘The View.’ Some of us might consider this noise from Whoppi no less intelligent or clever than some of her comments we hear. Can we now call Goldberg the Whoopi Cushion?

The Whoopster was interviewing Clare Danes when she farted and shamelessly admitted it. Looking around to a giggling audience, she said: “Oh excuse me, I just let a frog out there.”

Clare responded: “It’s OK!” and Whoopi continued to interview the actress without mentioning it again.   A spokesperson from network ABC did not confirm that the incident was real and suggested it may have just been a joke.

The representative said: “It was clearly a joke and all in good fun. Secretly we hoped it would get posted on YouToot.” Perhaps ABC can spend a little green and hire some comedy writers?