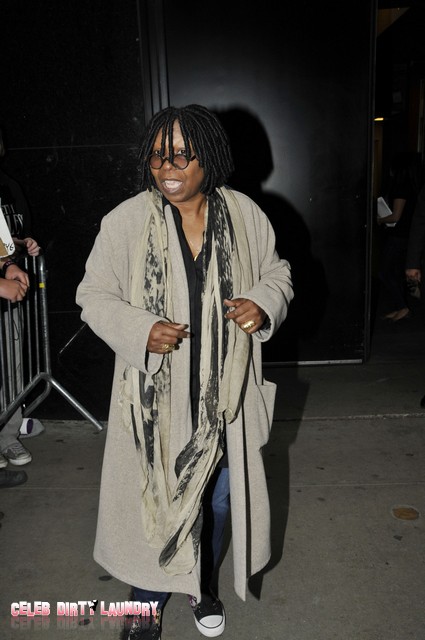 Whoopi Goldberg has admitted on The View that she worked selling phone sex and that it served as excellent training, helping her to hone her acting skills. Whoopi said she began having telephone sex to earn money while she was having difficulty getting by financially.

According to Whoopi: “What you have to do is you have to be a good actor… When I was younger, the money was great.”

Sherri said that phone sex was merely in Whoopi’s past but Whoopi joked, “How do you know? You don’t know what I do at home!” This delightful exchange was followed by joking that someone watching the show now, probably realizes that it was Whoppi getting them ‘off’ years ago.

It’s a good thing for Whoopi that she had the telephone as a convenient means of prostitution to help her earn a living. If she had to work the street she might have gone hungry!