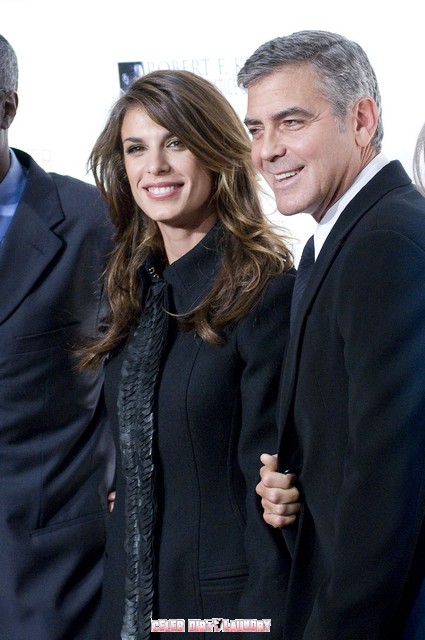 George Clooney dumped Elisabetta Canalis because he was tired of her obsession with being in the spotlight.  American magazine Us Weekly claims Clooney wasn’t happy that Canalis was more interested in fame than their relationship.  “On vacations, she’d spend forever in her room, primping in her bikini, then go strolling on the beach for photographers to snap pictures of her,” according to a source.

“She was obsessed with the attention she got. George lost interest when she showed her true colors.”  Clooney’s best friend Manuele Malenotti spoke about the actor’s failed relationship with Canalis.

“I have known George for ten years. Of all the actors I know in Hollywood he is the one I see the most and we have done lots of charity work together,” Manuele said.  “I know about their relationship because I was the one who got them together. George wanted to meet Elisabetta and he asked me to make the introductions.”

“I did as he asked but inside I always knew that it wouldn’t last – to be honest I was expecting it. You will have to ask them for all the specific reasons.”  “All I can say is that George, when it comes to love, has decided that he is not going to get married again and he is not going to have any children and he won’t change his mind.”

Guess George wants to be number one in a relationship – not merely a lure for attracting the paparazzi to his girlfriend.