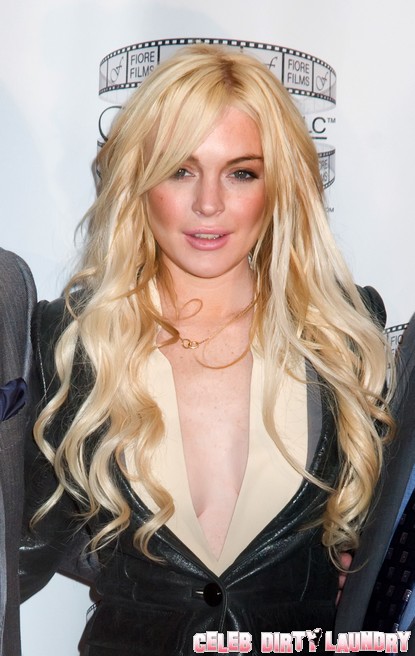 …And the plot thickens. Just two days ago, Matt Lauer was on Lindsay Lohan’s doorstep for an interview for Today and Dateline. She planned on sitting for a fifteen minute interview, but Matt wanted more to fill two shows. Lindsay didn’t budge and sent Matt packing…and now we know why.

In case you hadn’t heard, Lindsay’s little rooftop party on June 13th might just end up landing her butt back into jail. She failed an alcohol test from right around then and has to be in court today for a probation violation hearing.

NBC was mystified as to why Lindsay basically slammed the door in their faces, but it all comes down to that dirty urine test. It’s hard to sell yourself in interviews as a recovering alcoholic/drug addict when you’ve got a dirty urine test that no one knows about. It always comes out, though, doesn’t it?

Lindsay will be in court today in a few hours, so stay tuned! The Probation Department wants the judge to throw her in jail, so we’ll keep you posted on how that plays out.