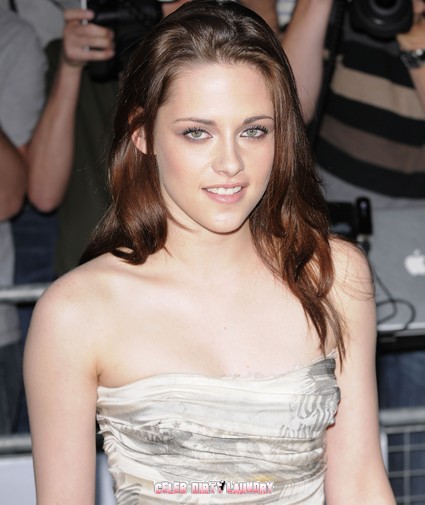 Kristen Stewart is the person who everyone is worried about as rumors of Robert Pattinson‘s new love interest spread.

Last week the internet blew up after a photo of Robert Pattinson standing next to Caitlin Cronenberg was published and led to speculation she was the latest entry in a love ‘twiangle.’ Caitlin is definitely as attractive as any Hollywood star and has not denied the rumors that she and Rob are making it – her comment on the situation was a devilish ‘no comment.’

Caitlin is the ‘Cosmopolis’ director’s (David Cronenberg) daughter and a budding professional photographer and thus knows how valuable this kind of publicity can be.

Gossip columnist Shinan Govani reports that Caitlin thinks the whole thing is a lark and couldn’t be more amused. Govani paraphrases her reply to a question about the affair by saying: ‘After some thought, I think I’m going to stick with the very faithful no comment.’

Of course we don’t know for sure but we bet that Rob is not yet done with Kristen – that relationship won’t end until couple have finished milking the big bucks from the Twilight franchise.