Will Octomom Nadya Suleman Be Evicted From Her Home This Time? 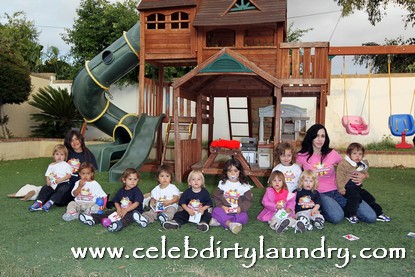 Amer Haddadin is trying to get Octomom Nadya Suleman and her brood of 14 children out of their house once again.  This has been going on for sometime and Nadya missed a balloon payment of $450,000 October 2010.  Amer has now had  enough and wants her sorry ass thrown out of the house once and for all.  So it looks like Nadya may be homeless soon.

“Amer has finally had enough. He offered that if they transfer the title back into his name then he would lease the property is back to her for two years. But neither Nadya, her lawyer nor her father, would return his calls, so, he decided to take this action to get the matter resolved.

A mutual friend tried to approach Nadya about the situation but she just ‘flipped-out’ and claimed that the house now belonged to her and was secure in a trust.   This is simply not the case – Amer can no longer afford to pay the extra bills associated with the property and he is currently living in a trailer with his mother.

This not the first time Amer has tried to have Nadya evicted he tried in Sept. 2010 when she was $7,500 behind in her mortgage payments.  At the time Vivid offered her $500,000 for a sex tape which she turned down.   As far as I can see the only victim here are the poor children!  What do you think will Nadya be evicted this time or will a white knight step in and save her?