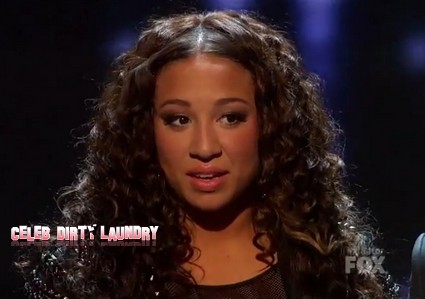 Melanie Amaro, the 19-year-old singer from Florida who has wowed America with her performances on The X Factor USA has won a $5 million recording contract, a Pepsi commercial and the X Factor crown.  Last night the judges were all impressed by Melanie Amaro’s solo performance a stirring rendition Beyone’s “Listen.”

Here is what he said: “To be honest with you, anything could happen tomorrow and I’m kind of preparing myself for any decision.  But you know, my gut, my heart tells me that Melanie should win after tonight. I was nervous until that very last song by Melanie. If that doesn’t win the competition, I might as well give up!”

Melanie talked earlier in the week what her album would sound like if she won. “Melanie Amaro said her record would be big ballads and dance songs.”

Watch the video below and let us know what you think?  Do you think she deserved to win?  Sound out in the comments below!