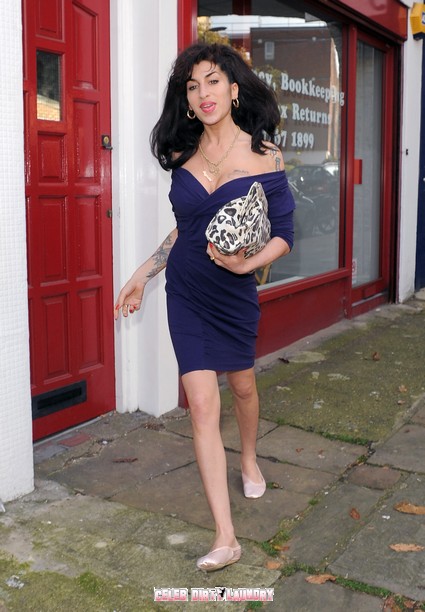 Tony Azzopardi, a 56-year-old ex-convict, who says he became friends with Amy Winehouse through her former husband Blake Fielder-Civil, is being interviewed by police over his claims that he helped Amy to buy crack cocaine and heroin the night before her death.  Tony has promised to do all he can to help police piece together her final hours.

Tony says he met Amy Winehouse on the street the night before she died claims he is terrified of the “Mr Big” drug dealer he hooked her up with. Tony is due to be re-interviewed by detectives today after alleging he took the late singer to buy crack cocaine and heroin.

Tony said: “I want Amy’s family to know the truth about what happened. I want to help them out – but I’m worried about my safety.”

He said he was nervous about possible “comebacks” from the dealer, describing him as a local “Mr Big” in the Camden area of North London.  Several people claim to have seen Amy outside the Camden bar The Good Mixer a week ago on Friday evening, the night before she was found dead.  Tony claims she pulled alongside him in a black cab as he walked near a pub called The Eagle at 11.30pm.

He says she asked him to help her buy drugs and they went in the taxi to West Hampstead, where he made a call to a dealer from a phone box.  As they waited, he says Amy told him she was annoyed that Fielder-Civil had been ringing her from prison, and “hassling” her.

Tony said the dealer, who he claims was known to Amy, arrived in a car and handed over drugs. He says she paid $2000 for half an ounce of crack and the same of heroin.

Later, he says, she dropped him off in nearby Archway before she went home in the early hours of Saturday. Amy was found at 4pm that day. Police said they found no evidence of drugs or drug paraphernalia in her home.  Doctors revealed she had been dead for several hours.

Tony, who has a long list of convictions and a history of drink and drug abuse, said: “When Amy dropped me off, she gave me a kiss on the cheek and that was it – the last time I saw her.”

He added: “She looked good, you know, fit – like she’d been clean for a while and filled out a bit. I couldn’t believe it when I found out she was gone.”

Tim Bittlestone, of solicitors Leslie Franks, said: “Myself and Azzopardi attended Kentish Town police station. We will speak to them again on Monday.”

A postmortem has proved inconclusive so far and it will be weeks before results of toxicology tests may reveal the cause of Amy’s death.