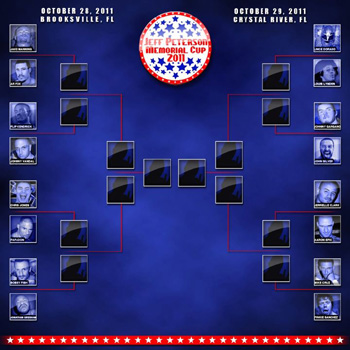 Peterson lost his battle with Cancer in November of 2002.  In 2003 his fellow wrestlers organized a charity event that honors his memory called “Jeff Peterson Memorial Cup”, hosted by FIP Wrestling.

Rose will Emcee the event on the 2nd night during the finals of the competition.  The first night takes place in Brooksville and the second night finishes up in Crystal River, Florida.

There will be title matches, a Tag Team Rumble, and lots more intense wrestling action.  April Hunter will be making her first JPC appearance since the Jeff Peterson Memorial Cup 2004