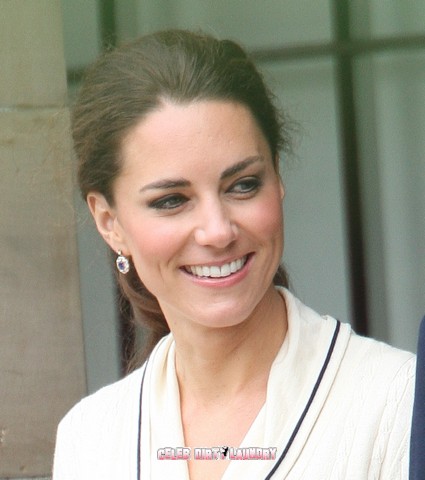 Unlike Angelina Jolie, you probably won’t get to meet Kate Middleton for a pleasant chat. But you can own the Duchess of Cambridge’s car! Kate’s four-door Volkswagen Golf, the car she used while at college, is expected to fetch at least $30,000 on ebay’s auction site tomorrow.

The Duchess of Cambridge, 29, bought the 1.4 litre blue car for $15,000 in 2001 and used it at while at St. Andrews university when she was dating Prince William and later when she worked at Jigsaw in London.

‘I went to an auction house a few weeks ago and was told that the car could be worth $45,000, purely because of the name in the log book,’ says current owner Sonny Brazil, 21.

Sonny bought the car for just $2000 in 2009 and admits he’s been ‘quite precious about it’ – refusing to let anyone drive it and keeping it safely locked in a garage away from his house.

‘It’s amazing to think that I only paid about $2000 for the car and now it’s worth far more than that,’ Sonny says.  ‘I didn’t really drive the car much while I had it, and the only thing I have done is put a new set of tires on.’

Imagine how much the car could be worth when Prince William becomes King!