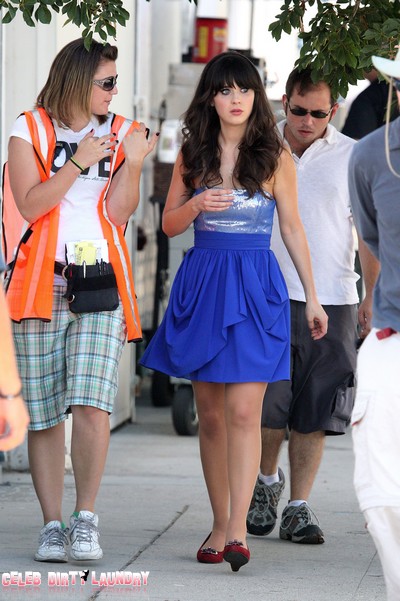 Zooey Deschanel has split from her husband Ben Gibbard in what is turning into Hollywood divorce week. We think this might be symptomatic of a new bug – infecting celebs and driving them apart from their mates for no apparent reason – just look at Kris Humphries and Kim Kardashian yesterday.

Zooey married the ‘Death Cab for Cutie’ frontman, Ben Gibbard, two years ago and has now decided to split up according to US Weekly magazine.

A source said: “It was mutual and amicable. There was no third party involved.”  Ben – said in September he thought of his wife as “very beautiful.”

He revealed: “I’d seen her movies and obviously I thought she was very beautiful. [When we were introduced] I was awestruck that she was even talking to me!”

Zoeey – who is a model for make-up brand Rimmel and is known for roles in films including ‘Yes Man’ and ‘(500) Days of Summer’ – previously said she enjoyed marriage as it makes a relationship more concrete.

She said: “You can’t expect to make no effort. You still have to make the effort and be kind and understanding. It sort of just solidifies your commitment.”