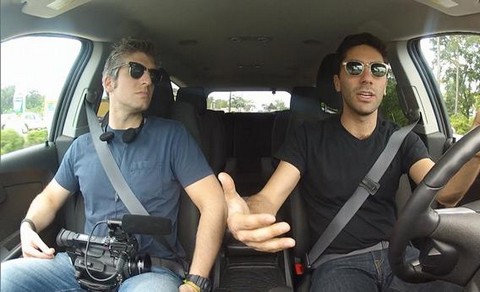 Here at CDL we have spent the last week offering up some of our favorite television shows that you might not already be watching. If you’re like me, then you have your favorites and you may not even pay attention to what’s on other channels when you’re watching one, so that’s just one reason why we are counting down our Top 25 Television Gems. Sitting at number 17 is MTV’s new documentary Catfish which airs on Monday nights at 11pm.

Of all the shows airing on the former music authority, why Catfish? That’s easy.  Each episode takes us on a wild ride where viewers get to see if people are really the way that they present themselves to be in the online dating world.  A “catfish” is a person who creates fake profiles online and pretends to be someone they are not by using someone else’s pictures and information. These “catfish” use social media sites like Facebook  and Twitter, usually with the intention of getting other people or a person to fall in love with them.

In this day and age nearly all of us have formed some sort of real connection with people that we’ve met through the box in front of us. Work, common goals,, personality traits and interests are all things that bind and for some people the internet seems a whole lot safer than real life in front of them may be.  At least until you lie and that is what Catfish focuses on. Nev Schulman and his cameraman friend go and visit usually women that are sick of having to meet the guy that they believe that they have fallen in love with. You hear their side of the beautiful relationship unfolding and then you watch Nev gather information, basically poking holes in the Catfishes identity. Ultimately the online couple meet and that’s the payoff. In the first episode the woman believed she was going to meet a hot, ripped model and instead it was a heavy set, butch teenaged girl on the other side of the door.

It doesn’t always end badly. One couple were introduced and the guy was afraid to meet because in the TEN years that they had talked he had gained a lot of weight. They walked away from the cameras still very close. This show is definitly worth a look. It is an upclose look at what happens when the dream that you’re sold doesn’t actually pan out.