25 Days ‘Til Christmas Countdown: Favorite TV Gems #23 “Up All Night” 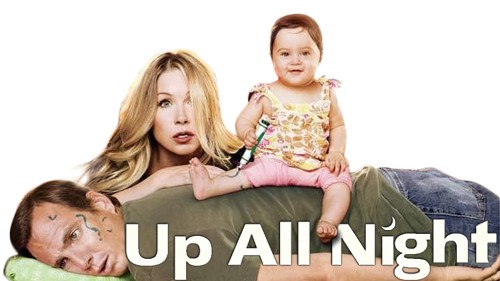 Another day, another television gem from CDL. In case you missed the last few, we’ve decided to countdown some of our favorite TV shows that you really should be watching. We’re up to number 23 and sitting in that spot is NBC’s comedy, Up All Night which airs on Thursdays at 8:30.  This show is absolutely perfect if you are a parent because then nearly every situation that unfolds onscreen will be pretty familiar. The show focuses on Reagan and Chris Brinkley (both brilliantly played by Christina Applegate and Will Arnett), a thirty something modern couple that finds themselves parents to little Amy a bit sooner than they might have planned.

During season one Reagan was working as a television producer while Chris had left his job as a corporate attorney to stay at home with Amy. Reagan literally lived at the studio, working on best pal Ava’s (Maya Rudolph) talk show while Chris ventured into the world of playground protocol and Baby and Me play groups. Over the course of season two the tables have turned and Reagan found herself out of a job and on full time mommy duty while Chris went into business with her brother.

What makes this show a total gem is the fabulous writing and the fact that this couple is very relatable. Whether it’s locking yourself out of the house with the baby inside or ducking from that annoying neighbor couple that is dying to be your new BFF- most of us have been there and nine times out of ten you’ll wish that you handled it like the Brinkleys do!  The writers are definitely in the parenting trenches because the dialogue and hilarious banter isn’t just pulled from the air.  They know what goes on in a home that is totally consumed by one little person under 20 pounds and they bring it to our television screens every Thursday night in a way that is guaranteed to make you laugh until your sides hurt. If you watch one episode of Up All Night then I’m going to bet that you’ll be sure not to miss another one!