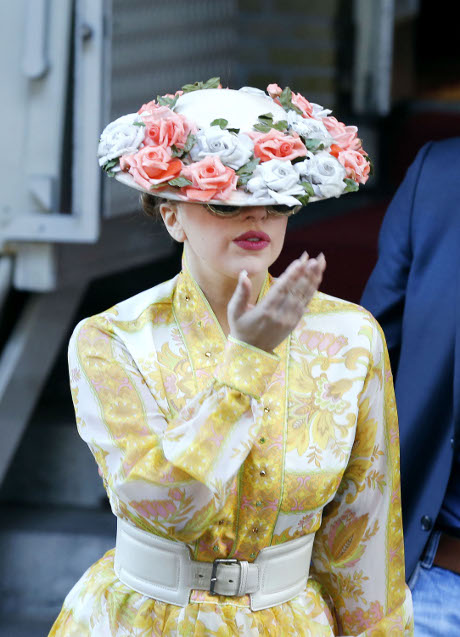 Go ahead and hate on me all you want, but I find Lady Gaga to be one of the most overhyped pop stars that has emerged within the last few years. I know a lot of people have nothing but love for her, thinking she is unique and relatable but, really, Gaga is just a copycat of so many previous artists. So, why do I hate Lady Gaga you ask? Well, I’ll happily tell you why.

First off, Gaga think’s her music is so original. Well it’s simply not. No new music is. Every single pop star, R & B artist, country singer, boy band or whatever genre of music is copied by someone in one form or another. I’m not saying Gaga is stealing anyone’s music or style — or am I? Remember when Gaga’s ‘Born This Way’ came out over a year and the similarities where so close to Madonna’s ‘Express Yourself’ that everyone in the woodwork was coming out saying that Gaga ripped off Madonna?

Yeah, that happened and Gaga had to defend herself saying she didn’t do anything of the sort. If you say so. But if you asked me who sang ‘Just Dance’ when it came out years ago I honestly thought it was Gwen Stefani. Now that I think about it, I feel like any pop star nowadays can sing her songs — Katy Perry, Rihanna, Gwen Stefani — and that isn’t a diss to any one artist, it’s just the way the music industry manufactures their artists. But when Gaga wants to think she is so original by singing these songs, she doesn’t realize that there are 20 other singers who can do them just as well.

Another reason for getting my hate-on for Gaga is her outfit choices. Yes, like the first reason, you want to be original, but if you really wanted to stand out, wouldn’t you want to showcase that in your voice? That is supposed to be wear the talent resides. I don’t want to see you walking around without pants on, see through tights with a thong on, a leather bustier, bra and panties, foot high stiletto heels, ridiculous dresses with Kermit heads, or anything of that nature. How I am supposed to feel if I have a daughter one day and she looks at a picture of you with just underwear on? You can’t expect to be a role model when you go around in public with nothing on, nor is that socially acceptable with little girls looking up to you.

Then on top of all your other nonsense, you call yourself Lady Gaga. LADY?!? We know your family aren’t English aristocrats so there is no reason for that utter garbage. How pompous can you be to think you elude any manners to call yourself a Lady? A Lady does not go out in public wearing what you wear, a lady doesn’t smoke weed at a concert for all your so called “little monsters” to see. Speaking of “little monsters”, why would you name your fans? So they feel special by listening to your music. Everyone is special on their own, whether or not they listen to you. Don’t make it out to seem ‘Holier Than Thou’ Act when you name them? They would like you even if you didn’t name them. It’s not like you see Gaga walking up to fans — she always has a ton of security around her so it’s impossible to get close to her.

Am I the only one who feels this way? If I am, feel free to unleash your ‘little monster’ and stick up for Gaga.