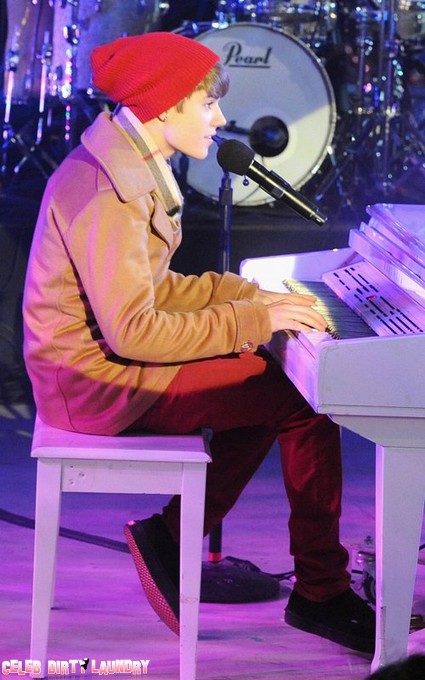 Bieber fever shows no signs of slowing down in 2012. Justin Bieber released a new song overnight. It was a New Years present to all his fans.

He teased the new recording during New Year’s Eve on Twitter. The 17 year old tweeted ‘u know what..to say thank you for an amazing 2011, me and @officialjaden are releasing a #NewYears song at Midnight. #COUNTDOWN’  Official Jaden is Jaden Smith.

True to his word the song was released as the ball dropped in New York where he was celebrating the start of the new year. Then came another tweet  “thank you for 2011, lets have a better 2012! #happynewyear” Before adding ‘New Years is starting all around the world. so to all my fans around the world…THANK YOU FOR 2011 and Have a Great 2012. I LOVE U’

The Beliebers were beside themselves! Within an hour 50,000 fans had heard the song. I think that means the Bieb has another hit on his hands.

It’s the third time the two have teamed up musically. Their first release was in 2010. Last year the pair uploaded a duet on YouTube – it was a cover called  Thinking About You.

If that wasn’t enough for the fans they got to see the Canadian teenager perform on Dick Clark’s New Year’s Rockin’ Eve with Ryan Seacrest 2012. It was a change of pace for Justin. He teamed up with guitar legend Carlos Santana for a rendition of  The Beatles track Let It Be. So even though he’s the hottest thing on the charts today he knows how to pay respect to those that came before him.