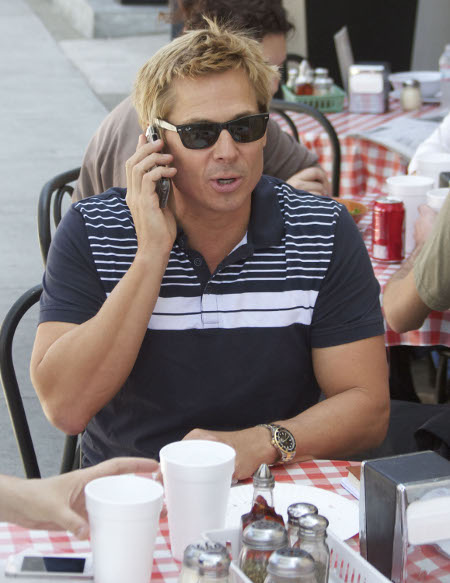 Kato Kaelin came out and confirmed the fact that OJ Simpson, the subject of one of the nation’s most infamous murder trials, did in fact kill Nicole Brown and Ron Goldman. Kato, who was allegedly the only person said to be near OJ when the murders struck in 1994, gave a shocking disclosure to the New York Post, where he blatantly says, “Yes, he did it.” But now, in another turn of events, Kato is sidestepping away from his previous statements claiming that the original reporting is completely bogus, inaccurate, and totally falsified.

During the trial, Kato sought “ignorance” to the murder, which got him off the hook, but now that he can’t be prosecuted for perjury, he decided it might be time to come out with the truth, as reported by TMZ. “Yes, he did it,” he said. “I was too scared [to admit it back then]. I was terrified. People hated me. I’ve been spat upon. They threw gum in my coffee.”

And now Kato is shaking in his boots. It appears as if he is, once again pleading ignorance, and this time it’s against the recent article. In the most recent development reported by TMZ, Kato tells the news source that he has no idea where those quotations printed in the New York Post came from and that he has “no firsthand knowledge” of anything that occurred that night.

Kato has made it quite clear over the years that he thinks OJ Simpson played a part in the murders, but has always played it safe so as to avoid breaking the statute of limitation laws — which are now defunct — and stay away from stirring up unneeded controversy. So, what do you think? Do you think Kato really said those things to the New York Post? Do you believe his rebuttle reported by TMZ? Is Kato just really skilled at feigning ignorance?