Abandoned By Robert Kennedy Jr. Mary Kennedy Hung Herself in A Barn 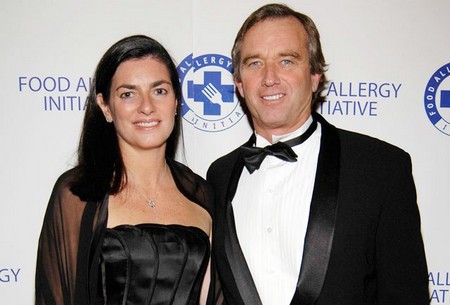 Robert F. Kennedy Jr.’s estranged wife Mary Kennedy had reportedly been in a bad place for a long while.  She feared financial ruin after her divorce was final and she was also said to be crushed over her ex’s new relationship with Cheryl Hines.

“She always seems lost these days, whenever she came into the village,” a neighbor told the New York Daily News. “Lost and alone and sort of out of it.  She was deeply troubled, abusing alcohol and prescription meds, She had cause. She was used up and tossed away by Bobby. That was awful.”

Mary was found dead at her Mount Kisco estate in Westchester County, New York on May 16.  None of the couple’s four children, ages 11-17, were home at the time.  A housekeeper found her body upon entering the barn. Mary had waged an ongoing battle with prescription drugs and alcohol and was said to have sought out help on many occasions.

“Robert tried to help her all he could but it was difficult or him to be around her. Robert is committed to his sobriety but Mary had chosen a whole different path to take.  Robert still supported Mary and was there for her whenever he could be, but he had pretty much moved on,” an insider explained. “He has been dating Cheryl Hines for a while now and they are very happy together.”

Mary’s family has issued this statement, “We deeply regret the death of our beloved sister Mary, whose radiant and creative spirit will be sorely missed by those who loved her. Our heart goes out to her children who she loved without reservation,” Mary’s family said in a statement.

Do you think RFK Jr. is to blame for Mary’s sad end?  Let us know in the comments below.