BY Danity Donnaly on May 25, 2012 | Comments: one comment
Related : Alec Baldwin 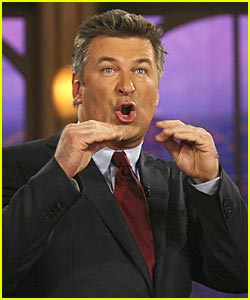 We all know about Alec Baldwin’s rants because he surely has had a few. Come on, how could you forget the “thoughtless pig” rant aimed towards his own daughter?! Ok so perhaps he’ll never top that rant, but he did recently flap his trap at Cannes 2012 and this time he’s throwing shade at Harvey Weinstein. You would think that one would at least stay classy at an event like sophisticated Cannes, but Baldwin obviously will speak his mind whenever and wherever he so chooses.

According to The Independent, the 54-year-old 30 Rock star was said to have been seriously upset that Weinstein, the co-founder of Miramax Films would not fund his project. At the Calvin Klein IFP party that was held last week, Baldwin went OFF telling friends, peers and even journalists, “I don’t care who knows. After the success he had at Cannes last year and all the f ****** Oscars, he’s still a f****** douche bag. I can’t believe it.” Ouch! I think it is safe to say Baldwin will not be doing business with Miramax anytime soon. Honestly, I’d like to know what his new fiancee Hilaria Thomas thinks about her man’s foul mouth! Granted she has yoga to calm him down but who knows if or when he starts throwing shade at his own woman. It seems as if they are truly in love at the moment, but what happens when the honeymoon phase wears out? Sure he has mad bank, but you would think that an iron-clad prenup would have her re-thinking marrying this guy. Hey, I’m just saying!

Baldwin is promoting his animation film “Rise of the Guardians” at Cannes. The flick is set to be released at the end of November 2012.