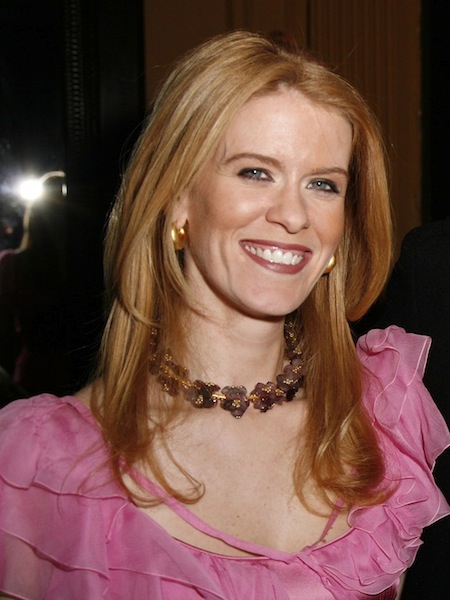 Former Real Housewives of New York cast member Alex McCord has posted her weekly video blog on RumorFix to give us her take on Monday’s episode, where she commented on the much-anticipated showdown between LuAnn de Lesseps and Ramona Singer in Central Park.

“Last week, Ramona deflected an ambush. This is standard-issue reality TV behavior,” says the reality TV veteran. “LuAnn saw an opening and wanted to talk to Ramona. She wanted to bring last year’s drama into this year’s show and Ramona wasn’t ready.”

Speaking from experience, Alex first gives a little background onto why LuAnn and Ramona did what they did on last week’s season premiere. “Often, if you have an opening, you have to seize it, you have to speak now or forever hold your peace. While you’re filming, you don’t tend to see your cast members unless cameras are around, so if you see a moment, you gotta take it. You might not ever get another chance,” she explained. “LuAnn had her talking points, Ramona didn’t, so Ramona said it’s not the right time. You can almost always get away with saying it’s not the right time, let’s talk about it later. Between the producers and the two cast members, they would broker a deal to meet in a safe space and discuss the issue.”

Next, Alex attempts to explain Ramona’s behavior towards LuAnn in Central Park. “Ramona is trying to keep LuAnn honest…LuAnn has a history of wanting to sweep things under the rug. She’s had a lot of press about issues in her life whether it is with her family, her children, her husband, her marriage, dancing on tables…I was even there for some of it. It does happen,” Alex insists, “and LuAnn’s trying to keep it off the show.”

As for the threatening phone call Ramona allegedly made to LuAnn? Alex stays neutral. “We don’t know, because we didn’t see it,” she says.

You can view the whole video blog here.