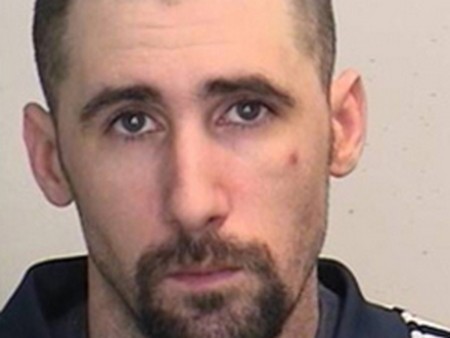 The man who ‘allegedly’ posed online as Justin Bieber (I don’t know about you but I’m not seeing much of a resemblance?), has been arrested.

Canadian officials arrested Lee Moir, 34, on Tuesday after authorities say he threatened a 12-year-old girl over the Internet.  Moir has been charged with “luring, manufacturing child pornography and extortion” after allegedly posing as the Biebs on Facebook, as well as threatening the young girl.

It’s unclear if Moir used photos of Bieber on his Facebook page, but authorities say the girl realized it wasn’t the pop star during the video chat. Authorities say they believe Moir has been in contact online with “many juvenile females” in the United States, Canada, France, Australia and the Philippines.

He was caught and found living in Toronto after Canadian investigators posed as a 14-year-old girl online whom Moir requested a ‘meeting’ with.  U.S officials, who handed it over the Canadian authorities, reportedly investigated the whole incident prior to passing it over.  And thankfully so – this guy seems like a right creep!  Luckily he was not only caught, but his name and face has now been brought to the public’s attention.