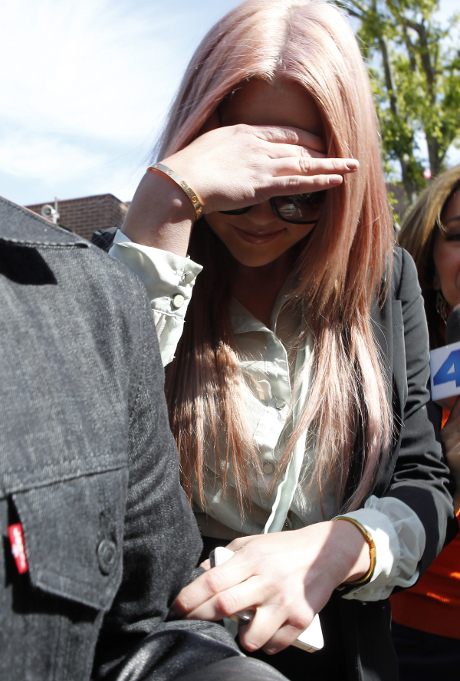 It’s common knowledge that Amanda Bynes is one of the worst celebrity drivers, and now it seems that the authorities — who’ve just charged her with driving while in possession of a suspended license — are finally starting to recognize that fact. Last Sunday, Bynes was pulled over outside the Burbank airport after she ran a stop sign. Upon running her license, cops discovered that her license had suspended. Not only did Bynes get a pretty lil’ ticket, but authorities also impounded her pretty lil’ car. Uh oh.

TMZ reports that Bynes is now being charged, which, if we’re keeping track (which we are), means that she now has 2 accounts of “driving with a suspended license” on her record as well as a DUI charge and 2 hit and run charges. Dang, gurl! Can we like give you a prize — maybe a gold star — or something? Lindsay Lohan may have trouble maneuvering her Porsche into parking garages and around kneecaps, but Amanda definitely takes the cake for craziest roadie ever.

If anything becomes of Amanda’s charge, she could face up to 6 months in prison, and with her incredible resume of other offenses, who knows how much the time could increase. However, celebs like Amanda are pretty slick when it comes to dodging the law (in terms of jail time), so we’re betting on the fact that a judge will just slap a fancy GPS device on her ankle and put her on lockdown. She needs something done to halt her absurdity. This gurl needs to get off the road ASAP!

What do you think about Amanda Bynes and her current rap sheet? Do you think I should open up a celebrity driving school, which will cater to Hollywood disasters, confused stars, and A-thru-D List crazy-bags? I wouldn’t even charge tuition, that’s how pure my gossiping heart is.