Amanda Bynes Says NO to Rehab and Keeps Partying 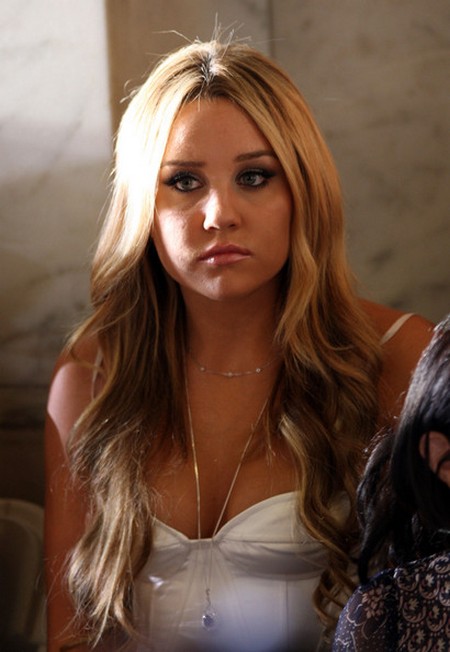 Nickelodeon star Amanda Bynes is not letting anyone tell her she has to go to rehab!  Everyone is trying to get her to go to rehab after the 26-year-old actress was booked on suspicion of drunk driving, after she supposedly clipped a police car while driving around West Hollywood, Calif.

For many people, a DUI arrest is a wake up call, but, evidently, for Amanda, it’s just another bump on the long way spiral down to rock bottom.  Amanda was seen parting again when she hit both the Chateau Marmont and the hip nightclub Greystone Manor Thursday night.  No little DUI is going to slow her down!

Radar on line has more: “Amanda has been in a downward spiral for the last six months. Even though her dad publicly said she doesn’t drink, he knows she has a problem. It’s truly sad to witness. Amanda has been told she must go to rehab, but she is refusing.   She is not the same girl as she was a year ago. She is just doing whatever she wants to. do. Friends are concerned because she is not the Amanda they know.”

Meanwhile her Dad Rick Bynes claims Amanda does not drink and her rep has had no comment about the situation.  For someone who “doesn’t drink,” as her dad supposedly claims, Amanda certainly seems to spend a lot of time out at night!

What do you think is Amanda Bynes the next Lindsay Lohan?  Is the young starlet in trouble?  Sound out in the comments and let us know your thoughts!