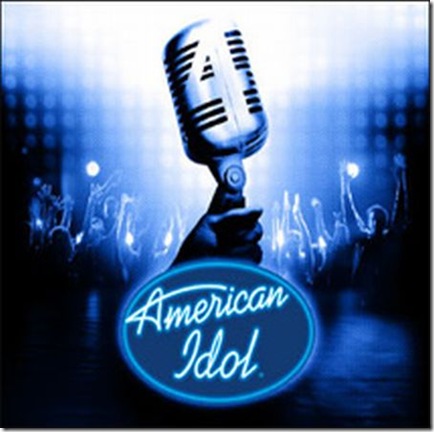 It is a new round of auditions tonight as American Idol hits Aspen, Colorado for auditions. Another set of contestants will hit the stage to win their golden ticket to Hollywood.  So sit back and relax as we live blog the show with all the up-to-the-minute details, the good, the bad and the ugly!

We have heard that tonight we will see some of the more colorful contestants – so I am guessing we will be seeing a lot of bad auditions.  We love the good auditions but the bad ones are fun too :-)  Love them, hate them you never forget them.  Who can forget William “She Bangs!” Hung.

On the last show Fifty-three hopefuls got a golden ticket in San Diego.  Jim Carrey’s daughter Jane Carrey has created quite the stir since showing up at Sunday’s auditions.  Many people felt she got special treatment.  What do you think did Jane get special treatment?  If you missed Sunday’s episode you can read our recap here!

We will be live blogging the show with all the up-to-the-minute details at 10PM EST so make sure to come back to this spot and watch the show with us. In the  meantime if you missed the first two shows you can read our recaps HERE and HERE!

Tonight’s show: First up is Jenny Schick  Virginia and she is a music celebrity.  She tells Steven she has a list with her boyfriend of men she is allowed to kiss and he is one.  Steven tells her she better be able to sing.  She sings Heartbreaker by Pat Benatar.  The judges like it – Steven says they should vote and kiss and Jenny heads over and kisses Steven and she gets her golden ticket and is on her way to Hollywood.

Curtis Grey, 28, from Florida  Randy says yes, Jennifer thinks he is nice looking so she says yes and Steven agrees.  He gets the golden ticket and he is going to Hollywood.

Tealama Hedgespeth, 19, Thinks she lives in her twin sisters shadow and she is ready to break out.  Randy think she is funny, Steve asks her if she ever taped herself and listened to it.   They think she is cute but they all vote NO!

Haley Smith, 18, A vegetarian meat packer – Steven loves her voice – he feels she is right out of his era and he is honored to be listening to her voice.  Randy loves her commitment.  He loves her!   She gets the golden ticket and she is going to Hollywood.

Alanna Snare, 20,  she sings Joelene by Dolly Parton but Randy tells her singing is not her thing.  She gets three NO’s and is not going to Hollywood.

Shelby Tweten, 17,  She was recently diagnosed as bi-polar and she wants to show people bi-polar does not define who u are.  She sings Carrie Underwood. She was beautiful! They all thought her singing was beautiful and they loved the sound.  They all say YES and she is going to Hollywood!

A lot of really horrible auditions happen that leave the judges cold.

Jairon Jackson, 19 from Denver, Co – he is singing an original piece that he wrote about one year ago.  They think he has something special and they all vote YES and he is going to Hollywood!

Angie Zeiderman – sings a show tune and Randy says he hates show tunes and does not want to hear her sing again but Jennifer insists and she sings Blue Bayou and she rocks it.  Randy changes his mind and says he loves her and they all vote YES and she is going to Hollywood.  After hating her, now Randy thinks she is interesting.

The next singer up is the Magic Cyclops and Air guitarist from IA singing Cracklin Rose.  They ask him to sing something else – he sings Margaritaville.  Randy gets up and leaves and says he has to go to the bathroom.  He walks out of the room and says he has no idea what has happened with his fake British accent.

31 singers are going to Hollywood – tomorrow night American Idol touches down in Texas.