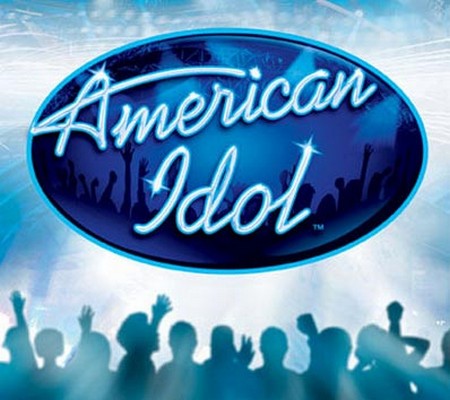 Tonight American Idol returns to Fox with the Performance Show and our Top 6 take the stage. Stand by as we live blog tonight’s show with all the exciting up-to-the-minute details.  On last week’s show Colton Dixon headed home and according to his recent tweet something good is about to happen for the Christian singer, “:-):-):-). I’ve got exciting news that you guys will find out soon;-)!!!!!”  Sadly it won’t be happening on Idol!

Left in the competition are:  Hollie Cavanagh; Elise Testone; Phillip Phillips; Skylar Laine;  Joshua Ledet; and Jessica Sanchez.  My favorite performer from last week was Colton Dion.  You can check out his performance from last week here!

This week the Idol hopefuls will be singing classic songs by British rock sensation, Queen. It’s nice to see the contestants pay homage to a true artist, Freddy Mercury, who sang lead vocals for the classic group. Queen had eighteen albums that went to number one, so the contestants will certainly have a lot of songs to choose from their pretty massive song book. In another surprise, contestants will be performing with band members, guitarist Brian May and drummer Roger Taylor, original members of the legendary rock group.

Tonight the Top 6 will sing two songs. One song will be from the Queen songbook and will include a medley with original Queen members Brian May and Roger Taylor. The other song can be any song.

RECAP: We have had two shocking eliminations, it is on with the top six, no more saves, it’s all up to America. One Idol will become music royalty, will it be your favorite?

Up first tonight, we are shown a video montage to celebrate the life of Freddy Mercury. Original band members, Roger Taylor and Brian May meet with the top six to give the tips and inspiration.

Here we go, a killer medley performed by the top six Idol hopefuls and the original band members; “Another One Bites The Dust” with two of rock’s most recognisable anthems,  “We Will Rock You” and “We Are The Champions”.

Each contestant will sing a Queen song of their personal choice. First up tonight is Jessica Sanchez, the Idol hopefuls are listed in order of appearance.

1. Jessica Sanchez who once found herself on the bring of elimination sings, “Bohemian Rhapsody”.

Judges Comments: Randy said, “I actually loved it, because what you did not sing runs in that, you are unbelievably talented, very nice, I loved it.” Jennifer said, “you sounded beautiful singing the song, but when you went into rock part you needed to go more into that rock performance more.” Steven said, “I think Freddy Mercury would have been proud to hear that even though rock is not your forte.”

2. Skylar Laine is a song writer and hopes one day that she will be able to sing her favorite one on the show, she is singing, “The Show Must Go On”.

Judges Comments: Randy said, “That was incredible, one of your best performances to date, this girl she’s got to have it, that was phenomenal.” Jennifer said, “I definitely got goosies on that one, it is crazy because you not only listen but you articulate every part of the story, it was powerful, it was great.” Steven said, “That was over the top, you put a little shine on your voice that just enhanced it over the top, that was fabulous.”

3. Joshua Ledet is the soul man on Idol and he is singing, “Crazy Little Thing Called Love.” Joshua gets the first standing ovation of the night!

Judges Comments: Randy said, “That was unbelievable, vocals, performance, character and charisma; all four checks. You are like a young Wilson Picket.” Jennifer said, “I love everyone on Idol, but you are my favorite part of the show, I always get an inspired vocal but a great performance, so good.” Steven said, “You have such a classic style, you sound like nobody else and Freddy would love the way you did the two step.”

4. Elise Testone rocks it out singing, “I Want It All.”

Judges Comments: Randy said, “Wow, what a night so far, Queen has great songs and performance after performance has been great, that bluesy song was one of your best performances to date.” Jennifer said, “That was you in your element, you looked great and sounded great, you murdered it.” Steven said, “You found your stride, you sang that like the classic song that was.”

5. Phillip Phillips is one of my personal favorites, tonight he puts a different twist on this Queen classic, he is singing, “Fat Bottomed Girls.”

Judges Comments: Randy said, “If I am being really honest, I like it but I didn’t love it, it was good.” Jennifer said, “I love so many things about you, you give us different flavors, you are a great singer.” Steven said, “I love watching you sing, I love when you run out of breath, beautiful, I loved it.”

6. Hollie Cavanagh finally got herself out of the bottom three last week, will she keep up the momentum? Tonight Hollie is singing, “Save Me.”

Judges Comments: Randy said, “I think it was a good performance, I didn’t like that you pulled back so far in the song, you need to have a moment and that song didn’t have that for you.” Jennifer said, “I really felt you get emotional in the middle of that, unfortunately it went off a tiny bit when you did that. I want to see you enjoy it more, smile more. I still think you are thinking too much.” Steven said, “I think you did a really good job with it (awkward, it felt like he didn’t know what to say)

1. Jessica Sanchez is singing this song for her father who will be deploying to Iraq soon, she is singing, “Dance With My Father Again” by Luther Vandross, that she dedicates to her father.

Judges Comments: Randy said, “I am just so amazed with the talent this year, you can all jump on the charts, you are truly amazing because you are so natural. Every time you sing, there is nothing wrong with it, absolutely nothing.” Jennifer said, “That is probably the best way I have ever heard that song, it was beautiful.” Steven said, “I don’t think you could sing a song bad, you touch on Whitney but you have your own thing going on, thank you.”

2. Skylar Laine is thick skinned, according to the other Idol hopefuls anyway, she is singing, “Tatoos On This Town” by Jason Aldean.

Judges Comments: Randy said, “You hit that big note at the end, I am a gi-normous fan, that range and everything, you always have fun and it’s effortless, another great performance.” Jennifer said, “You are so comfortable up there, you took us there again, there you go, you slayed it.” Steven said, “You didn’t take that song where you take every song, you didn’t have that flair like when you sang “Heard It Through The Grapevine” but it was good.”

3. Joshua Ledit‘s Idol mates let slip that he is really messy, he is singing, “Ready For Love” and get’s the second standing ovation of the night.

4. Elise Testone laughs a lot, according to the Idol hopefuls. Elise sings, “Bold As Love” by Jimmy Hendrix.

Judges Comments: Randy said, “For me it wasn’t the right song in this stage of the competition, I did not love that, it was like you were boxing with the song. If it was sung more simple, people would have got it.” Jennifer said, “I know what Steven is saying, but I think you slayed that song so much. You are one of the best singers in this.” Steven said, “You touched my heart with that but you got to pick songs that people know, but I loved it.”

5. Phillip Phillips is sarcastic, complains a lot and not attractive when he sings, but his fellow Idol hopefuls still think he is their rock star. Phillip is singing, “The Stone” by The Dave Matthews band.

Judges Comments: Randy said, “I was worried, but what you did is show your true colors, you are an artist and will never be anything else, I appreciate that die, sink or swim, you will still be yourself, I love it.” Jennifer said, “It was a pretty song, but I feel it was too artsy, not right for this point in the competition. I need you to do songs that is going to get you on that last show so you can win.” Steven said, “Very entertaining, very off the wall, I didn’t like the melody but I liked the fiddle.”

6. Hollie Cavanagh’s Idol teammates are confused because she is from Texas with a British accent, what’s up with that? Hollie is singing, “The Climb” by Miley Cyrus.

Judges Comments: Randy said, “That is the Hollie that we love, that is the one, you are back. That was beautiful, perfect song for you.” Jennifer said, “It was perfect, the emotion, the notes, the whole thing.” Steven said, “It doesn’t matter what kind of accent you have, you sang it beautiful, good for you.”

That is it for tonight, lot’s of good performances and not that many so-so performances – it will certainly be tough tomorrow night. Don’t forget to come back for the result’s show to find out who is going home and who will be the top 5 and one step closer to their Idol dream.