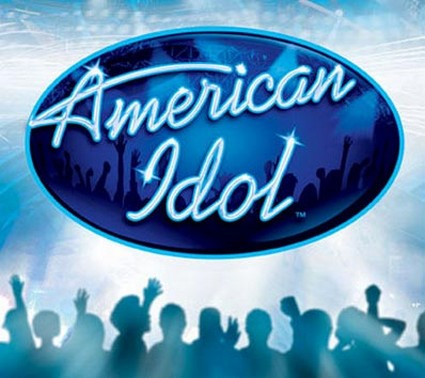 American Idol is back on tonight and we they will reveal the last 10 of the top 24.  Stand by as we live blog the show with all the up-to-the-minute details.  Last night we got to see the first 14 chosen, not much singing happened but a lot of emotion and drama.  A lot of good singers went home but not everyone can make it.

After tonight the Top 24 will be revealed and we will move on to the live shows! (we start live voting next week with semifinals).  Who are you rooting for? Find out who else will make up the Top 24 tonight.

We will be live blogging the Final Judgement Round  with all the up-to-the-minute details at 8 PM EST so make sure to come back to this spot and watch the show with us. Refresh often to get the latest updates!!

TONIGHT’S RECAP: We start with Adam Brock and his composure is failing as he sits with the judges.  Adam is openly sobbing now.  Randy tells him he can feel the joy coming from his soul.  Adam agrees he has to sing it is where his joy come from.  Steven tells him – he hates to see a man cry and he is going through he is one of the 24.  An emotional victory for Adam!

Jeremy Rosado – The judges tell him he has a big heart – and there is not way they would not want him in the 24.  It is unanimous – he is in the 24.

Shannon Magrane – Randy tells her the best of the best goes in the 24.  Jennifer tells her they have to be the whole package.  Steven tells her he thought she was the American Idol when he first saw her and she is going though – she is in the top 24.

Hallie Day, Chase Likens and Aaron Marcellus are put through to the top 24.

DeAndre Brackensick – this is his second year making it this far.  He is very nervous – Jennifer tells him this year is different they can see that he has grown and they would be crazy people if they did not see him in the Top 24.  So he has made it.

Germaine Jones – He is very nervous and he hope what he has done is enough.  He spends a lot of time crying and he is super stressed.  Randy tells him he was great in the initial audition but he has had a bunch of up and down performances.  Randy think he has a talent but it needs more work.  He does NOT make it to the top 24.  The judges feel bad and he runs to his mother’s arms sobbing.  Steven Tyler says. Farewell, sweet gentle giant.

There is one position left for the ladies in the top 24 and three ladies left: Hollie Cavanagh, Ariel Sprague and Shelby Tweten.  The judges tell the ladies only one of them made it through and it is Holly Cavanagh.  Everybody cries. Everybody hugs.

They announce that there is going to be a twist – do tell…..  Randy says “OH MY GOD!”

They then announce this year there is going to be a top 25 with 13 dudes.  David Leathers Jr, Johnny Keyser, Jermaine Jones or Richie Law will be returning and we will find out Tuesday!

What do you think of the top 24 errrr or 25?  Did the judges make the right decision?  Next week we will have three days of Idol.  The boys will perform on Tuesday, the girls on Wednesday and the result show on Thursday.  Don’t forget to come back to this spot when we will be covering the shows live!