American Idol Runner-Up Jessica Sanchez: Where Is She Now? 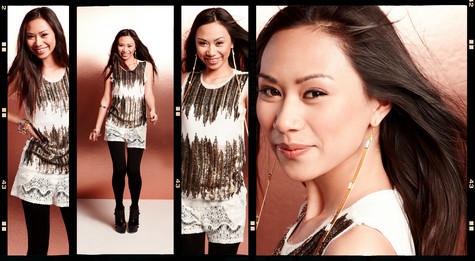 Earlier this year, a 17-year-old singer who goes by the name of Jessica Sanchez managed to beat an entire group of Idol finalists to be the runner-up in one of the biggest Idol finale votes ever. Jessica quickly became a household name in the competition, and has since her stint on the popular reality show reached new heights in her fledgling music career.

Post-Idol, Jessica performed the United States National Anthem on two separate occasions – immediately post-Idol on the west lawn of the United States Capitol in Washington DC, and a while later during a boxing match in Las Vegas. Although Sanchez didn’t achieve the same amount of sales and success as Phillip Phillips immediately after the finale aired, she was still able to carve out her own niche in the music industry. She has also been working hard on her debut album, but she has yet to release any worthwhile singles from her debut. Jessica does, however, have a massive following in the Philippines – her mother’s native country – and she is currently an official endorser of two popular brands in the Philippines – Jollibee Foods Corporation and Bench. In October of 2012, it was officially announced by the executive producers of Glee that Jessica Sanchez will have a recurring role on the popular singing series – Charice Pempengco, a Filipino music star that gained worldwide fame through David Foster, starred in several Glee episodes, so the show is no stranger to its Filipino fan base.  The 17-year-old Idol finalist also released a music video for “Jump In” with Black Eyed Peas’ member, Apl.de.ap. The video has since gained considerable airplay in the Philippines when it was released there on the 20th of October, 2012.  Since July of 2012, Jessica has been in a relationship with fellow Idol contestant DeAndre Brackensick, and their relationship is still going strong.

The timing is right for Jessica to explode on the music scene during the first quarter of 2013, especially when Idol airs again and enters the consciousness of the general public. Her debut album will definitely achieve massive commercial acclaim, as Jessica is one of the best young voices in the music business. Only time will tell whether this 17-year-old prodigy will be able to build on her brand in the United States and become a late teen force to be reckoned with. She already has the fans, she just needs the material.