‘American Idol’ Spoilers: Ten Of Top 24 Revealed — See If Your Favorite Made The Cut 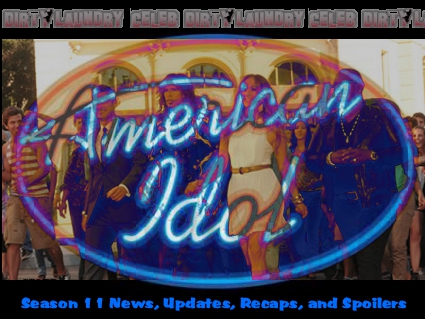 If you’re like us and just can’t get yourself enough American Idol, then you’re probably really excited for tonight’s special Sunday show. The competition is in full force now and we think it’s going to be better than ever this year.

With Randy Jackson, Jennifer Lopez, and the fabulous crazy man Steven Tyler back as this year’s judges, we can definitely look forward to some stellar talent being found. If you watched the show last week you know there were some crazy good — and crazy awful — performances. The only bad part? Waiting around to see if those favorites of yours made it into the top slots of the competition.

Well, thanks to The Idol Pad, we’ve gotten our hands on a list detailing a few of the singers that have made it into the TOP 24! Now, our pals over at The Idol Pad, which should be your #2 spot to go for your #idolspoilers (the number one spot is, of course, us!), have promised to release a full list of the TOP 24 contestant after the special Sunday night show. Some of the names contain links, which will take you to pictures of the particular singer, as well as a message board run by Vote For The Worst.

The males that are in the top 24 so far:

The females that are in the top 24 so far:

4. Haley Johnsen (hasn’t been shown yet on the show)

Hallie Day’s audition/bio clip (she’s the one that had the borderline depressing story):

So far, these are the spoilers we’ve found for you. However, later tonight we’ll be sure to post a finalized list and verify our earlier findings. We wouldn’t want to deliver false information to our fabulous readers now, would we? Defs not. Check back later tonight after the special Sunday show for more #idolspoilers (help this trend on Twitter!). As always, if you have info that we’ve missed, please feel free to post it in the comments section. . .