America’s Next Top Model’s 20th Anniversary Will Feature Male Models – Will the Show Be Saved? 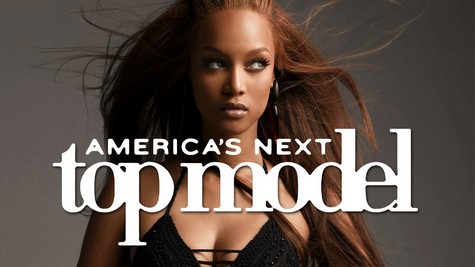 America’s Next Top Model might have been scavenging the bottom pits of model land for the past few years, but for the first time in the show’s history, male models will be added to the already volatile mix of borderline insane females. Tyra Banks, the creator of the ANTM phenomenon, has built a reality television show on a soap opera format. A bunch of models compete in insane photo shoots, bland challenges, and career defining vote-offs. The show’s campy nature is only further accentuated by a cast of off-tempo judges, recycled editing, and the stroking of Tyra Bank’s inflated ego. We’ve witnessed hysterical drama during the past 19 seasons of the show, but instead of caressing the egotistical notion of the modeling industry, Tyra made it a grand smoke-and-mirrors promise that was more hypothetical in the execution than the theory – hundreds of aspiring models have succumbed to these fictitious fame-driven guarantees made by ANTM.

The most noteworthy season of the series was the All-Stars one, where previous models came together to build on their “brand”. Unfortunately, we have to be the pimples on the forehead of modeling and ask, “What brand?” These models extended their reach far beyond the 15 minutes of fame they received on their respective seasons. Not only did the season come across as stale, but it also lacked the sincere concept of giving aspiring models a chance in the industry. The cash-in season drew massive audience numbers, but damaged the format beyond recognition. The follow-up season, UK vs. USA, was even more of a voyeuristic and hackneyed look at these stereotypical personalities.

We have to admit, ANTM is quickly falling behind in the reality television arena. The show shifted focus from the contestants much too early. This, in turn, gave Tyra Banks a platform to express her pseudo-intellectual quips, sell her overhyped brand, and languish in the power-driven eliminations much longer than required. The show has unfortunately morphed into a macabre form of story-telling that not only captivates audiences, but also sends shivers down the spine of professionalism.

However, the male model addition to the show might finally rescue the inattentive format and draw in an entirely new television demographic. According to Tyra, she’s been working for five years on acquiring male models in the casting process. This shiny new addition will also coincide with the 20th anniversary of the show. “The male model idea has been around for five years. Everybody says, ‘Tyra, you’re the boss’ – but they don’t realize I have a boss. So I’ve had to ask my bosses for five years to change up the show. I think the change has something to do with the 20th anniversary of the show. I think they were ready for a bang and a change. The male and female models will be living in the same house!” Tyra admitted in a recent interview.

Will this save ANTM from eventual doom? Will the show jump the shark with another gender added to the mix? Will you be watching? Let us know your thoughts in the comments below.