Angelina Jolie ugly? The stunning Angelina has had audiences drooling in cold fridges for several years. The daughter of famed actress Marcheline Bertrand, who passed away in 2007, and the effervescent Jon Voight, Jolie has had her fair share of emotional controversy. New pictures were recently found of the starlet when she was just a wee lass with a gawky appearance.

At Angelina’s eighth grade graduation, she seemed terrified of her own shadow. In the picture, Jolie holds a bouquet of flowers and stares into the camera with her pillow lips and large- Wait! What in all that is holy is around her neck? Is that a necklace or a dog collar? Putting the psychological reaction we all just had to rest, Jolie looked quite the teenage angst in her eighth grade, with teenage hormones to boot.

We guess Jolie always had day dreams of becoming one of the most famous actresses in the world as is seen in the photo of her head resting on her hand, pouting and with a lack of interest, staring at whomever took the picture.  They taught ‘em well at El Rodeo Elementary School. A quick Google search will show you that her former elementary school is one of the best public K-8 schools in the US of A.

Then, the picture that made us stare at the screen, nitpicking at her former Brad lookalike lover, a grainy black and white picture of Jolie in sex-boots turned sideways. Her 80’s man candy rests his arm on hers and she lusciously stares back at the camera with that famous pout. You know what? We’re actually not interested in these teenage Angelina photos. We’re more interested in the history of that odd necklace around her neck and the blonde haired lipstick lesbian which she called her “man” in elementary school. What’s wrong with the lesbian Brad Pitt’s knees and what’s up with those trainers she (Brad Pitt lesbian) is wearing?

One thing is for certain, Jolie has transformed from a gawky weirdo to an absolute stunner. Good on you Jolie! What do you think readers? Would you have dated Jolie if you were in school with her? Let us know in the comments below. 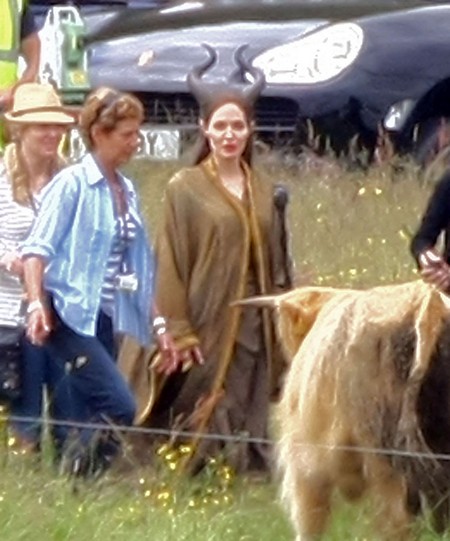 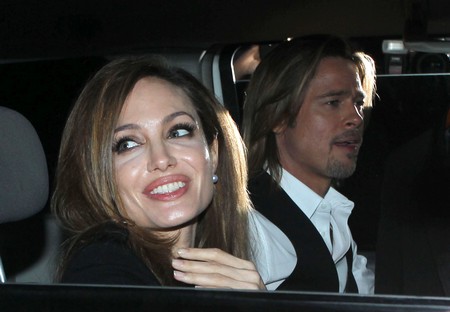