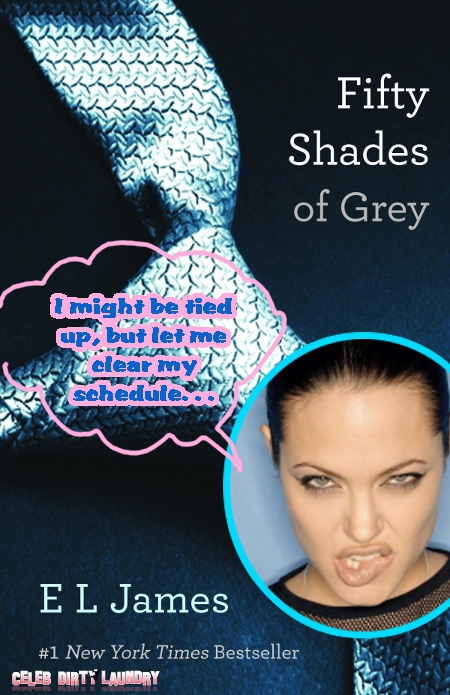 It was Universal Pictures that won a seven-figure auction to turn the three books into movies and the studio has begun meeting with people that they’d potentially like to use to bring this project to life.  Angelina Jolie is said to have had a few meetings with Universal BigWigs.  Rumor has it she is in talks to direct the first film and, while the studio denies any meetings, they also say that they’d absolutely be interested in Jolie’s involvement if she wanted to be connected to the project, as they loved her directorial debut of In The Land Of Blood And Honey.

Things should be taking shape for the film version of Fifty Shades Of Grey shortly. Author E.L. James and her agent, Valerie Hoskins, will be coming in from the UK to Hollywood shortly.  You have to admit, the content of this project does seem like a natural fit for Jolie.  Actually, if she were younger, I think she’d make a great Ana.  Only time will tell if Jolie will be a part of this trilogy.  As of right now her next film, Maleficent, is taking almost all of her time and energy.

What do you think of the possibility of Angelina Jolie being involved in this project?  Do you think she will either direct or be cast in the film?  Tell us in the comments below!