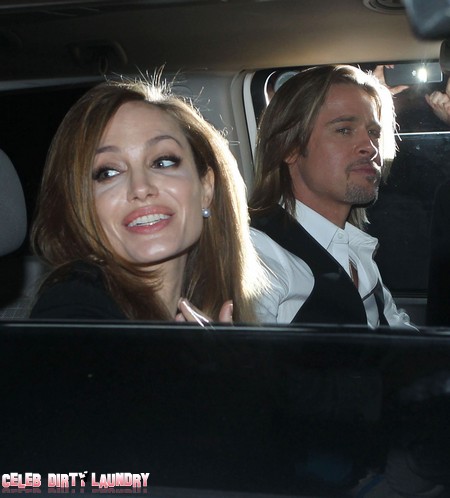 Brad Pitt is a fan of historical battle re-enactment days but little did he know that Angelina Jolie would be kicking his butt in battle!  Brad says he began to enjoy the hobby trying to find a way to make history appeal to his oldest son Maddox, 10.

A source told The Sun:  “Brad has always been passionate about history.  Maddox was really interested in wars but hated all other aspects of the subject so Brad hatched a plan for them to dress up and go to re-enactment days. He bought suits of armour and even special weapons. Now all the kids are really interested in history.”

With his brood hooked, the ‘Moneyball’ actor is said to be planning to teach Pax, eight, Zahara, seven, and Shiloh, five, all about historic battles while Angelina watches three-year-old twins Knox and Vivienne.

The insider told The Sun:  “He’s going to take the older kids to a Viking day after their first trip to an event near New Orleans. He is lining up a visit to a May Day event in Berkshire in the UK next.   Angie always says she’ll stay at home with the twins, but the kids wants to see her kick their dad’s backside in a battle.”

Sounds like an expensive way to teach history… but hey, why not, Brangelina have more money than they know what to do with!  At least they are spending it to improve their kids.