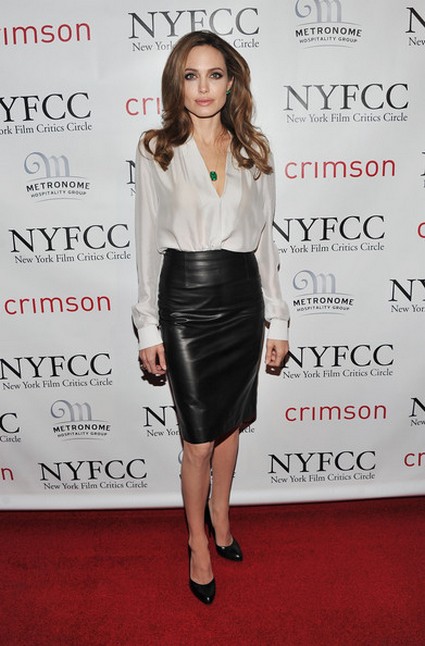 Angelina Jolie admitted that she suffered a mini-nervous breakdown while filming ‘In the Land of Blood and Honey.’  The episode occurred while Angelina was getting the movie started and as it was her first time directing she was beset with fears. While in the shower she collapsed into tears and had to be comforted by her partner Brad Pitt.

She told fans in a web chat: “I had a complete emotional breakdown in the shower and Brad found me crying.  I felt this huge responsibility and I felt very small and, who am I to take this on? I had a complete meltdown.”

Angelina – who wrote as well as directed the love story, set against the backdrop of the brutal Bosnian war – admitted she never set out to take on so much of the project and doesn’t really see herself as a filmmaker.

She added: “I didn’t plan to become a director, and I still have trouble saying I’m a director. I just wanted to tell this story and I ended up by default being the director.  It was a pleasure but I wonder if it would be a pleasure with another cast and crew, and a subject matter that wasn’t so special.”

While the war – waged between 1992 and 1995, sparked by fighting over the territories left after the break-up of Yugoslavia – has become an issue very close to Angelina’s heart, she admits at the time it happened, she knew little about it.

She added: “I knew very little, like most Americans. I was 17 so I wasn’t very focused. I was my own form of self-destructive, and it was a bad time.  I was a punk – you don’t imagine you could ever be a role model.”