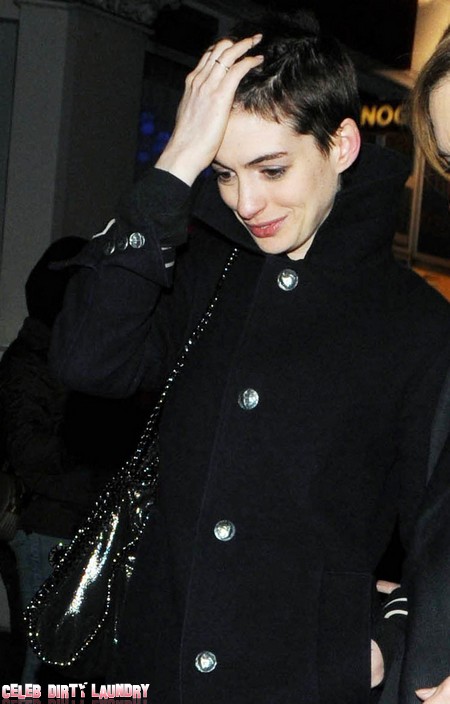 Stop the press people; Anne Hathaway has chopped off all her locks.  Omg.  In all seriousness, the Hollywood star did the unthinkable by cutting off all her long, beautiful brunette strands.  And she did it all for a role – what a dedicated actor she is.

Anne will be playing the role of Fantine in the upcoming movie adaptation of the successful musical, Les Miserable.  In the film, Fantine sells her hair to make money – and I guess Anne wanted to fit the part of her character accordingly.

Anne had decided that her hair would go long before agreeing to the part, deciding to forgo a wig.  The actual act however, did not go without a few tears.

She was seen sporting’ her new do’ outside a famous London nightspot in Soho, and if you ask me the pixie cut suited her just fine.  That being said Anne could pretty much pull off anything and she’d always look fantastic!