Anne Hathaway’s Crazy, Money-Laundering Ex To Be Released From Prison 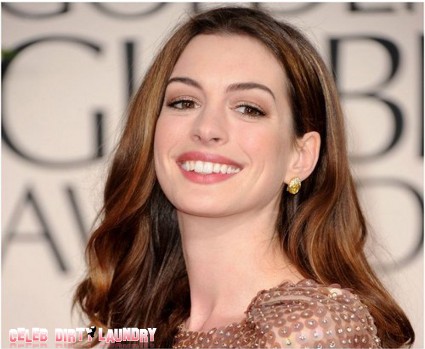 Does anyone remember Anne Hathaway’s ex-fiancé Raffaello Follieri?  Well if you don’t, it’s because he’s a low life who’s spent the last 48 months in a Pennsylvania prison.  Anne’s infamous ex pleaded guilty to 14 counts of wire fraud, money laundering and conspiracy back in October of 2008, a mere few months after being dumped by the Hollywood actress.

The former real estate developer’s conniving schemes stemmed a long way – according to the New York Post, some of them consisted of convincing rich investors to buy Vatican properties that didn’t exist.

After serving his time, he will now be handed over to federal officials to await deportation back to Italy. His rep told the Post that:

After my visit with Raffaello last week in Loretto federal prison, where he has been for the past 48 months focused solely on his education, charitable endeavors and physical transformation, it is my understanding from counsel, that he is indeed to be transferred into the custody of ICE for immediate processing and subsequent deportation back to Italy where he is expected to be released into the care of his family. He expects to resume his role at the helm of the Follieri Group.

Today Anne is happily engaged to her new beau Adam Shulman, and recently opened up to Britain’s The Independent about the horrible split.

“The worst thing that happens to you can be the best thing for you, if you don’t let it get the best of you.”

No doubt, Anne, glad you persevered!