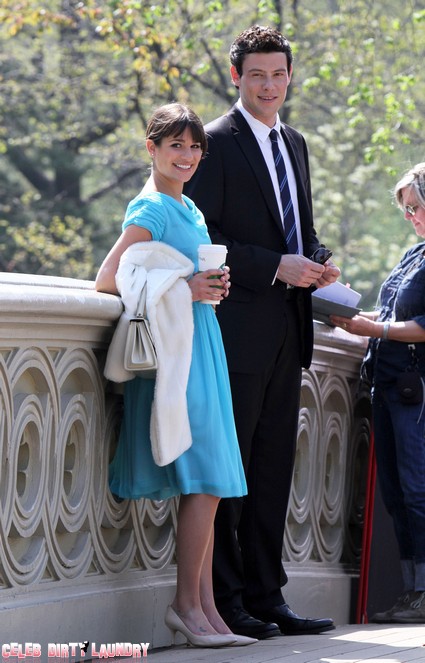 I guess I’m not in the loop with the gossip like I thought, because apparently there have been rumors circulating over the past few months that Glee cast mates Cory Monteith and Lea Michele are an item on screen and off.

The two reportedly spent the weekend in Vancouver, British Columbia where Cory was raised.  According to Us Weekly, they enjoyed a romantic weekend at the Grouse Mountain ski resort and were spotted dining over sushi and sake.

While their spokespeople have yet to comment, apparently the word on the street is that it’s true and that they are in fact an item.  Michele reportedly broke up with her boyfriend, actor Theo Stockman, while Cory hasn’t been linked to anyone since he dated country singer Taylor Swift back in 2010.

I just love how art imitates life, so I hope this ones true.